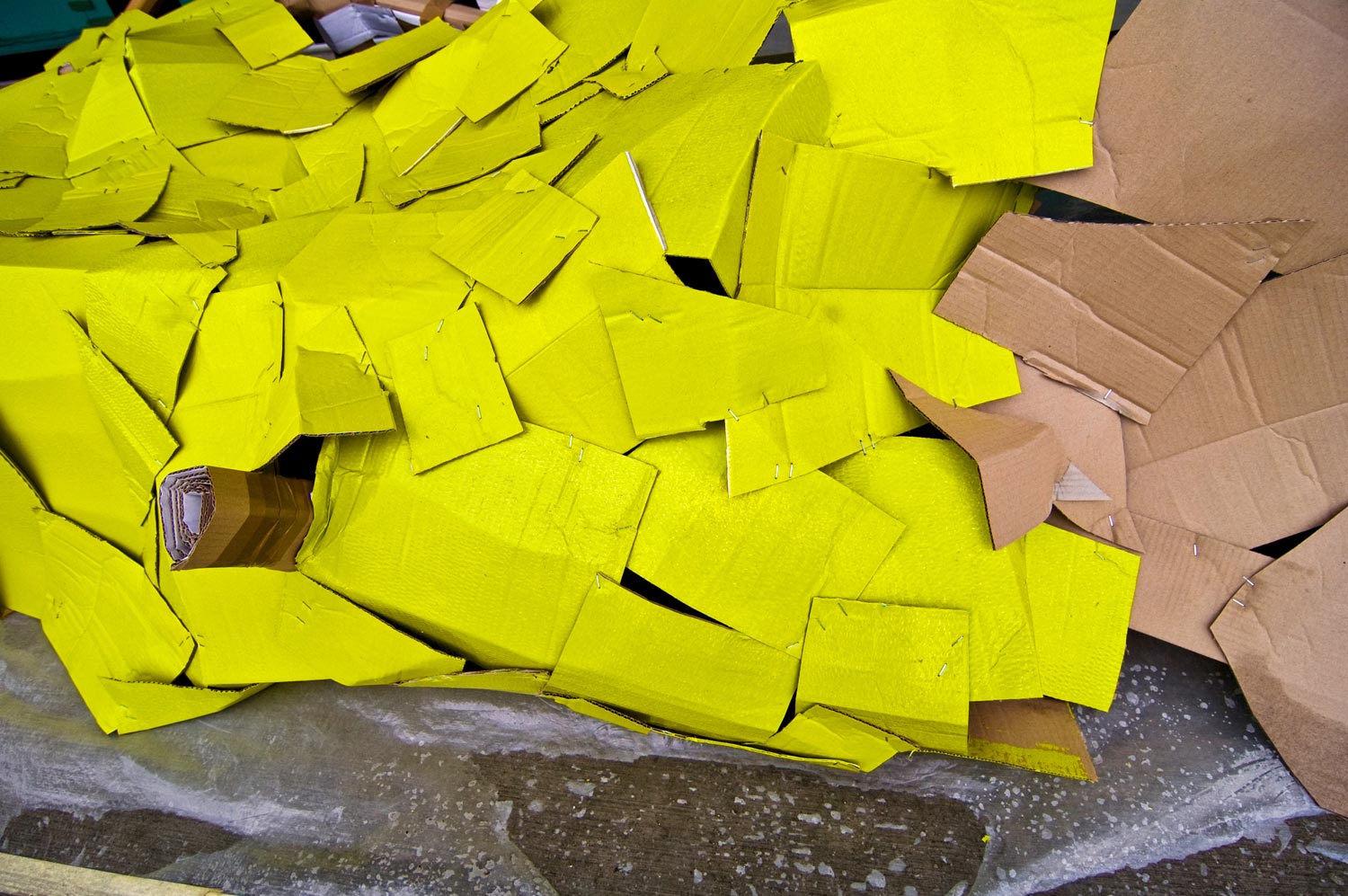 Using different spaces of central Christchurch as the setting for 45 Attempts at Making Sculpture, a mobile sculpture project, Richard Maloy had planned to produce a new cardboard sculpture every day during the six weeks of SCAPE.

The artist aimed to engage with the urban space day after day, unfolding (and refolding) cardboard into new sculptures, bringing art to public space.

Relocated to Auckland due to Canterbury’s earthquakes, Maloy condensed his focused ‘attempts’ down to five days, and engaged with the public spaces surrounding the Viaduct Events Centre. 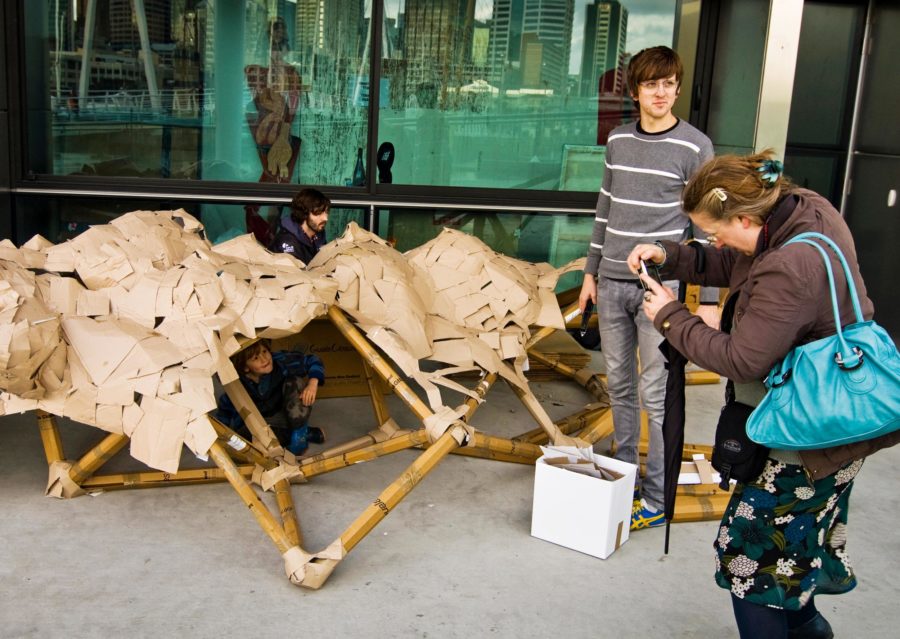 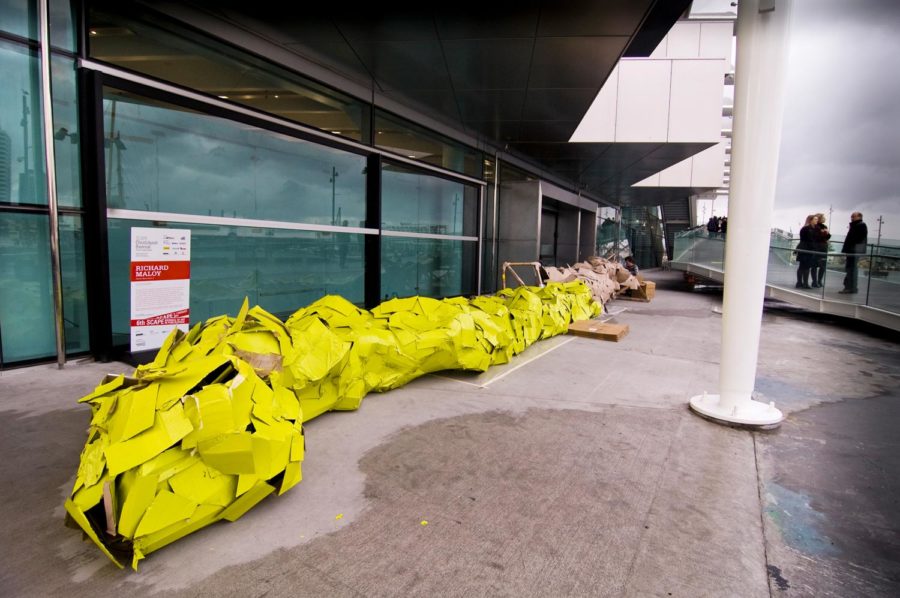 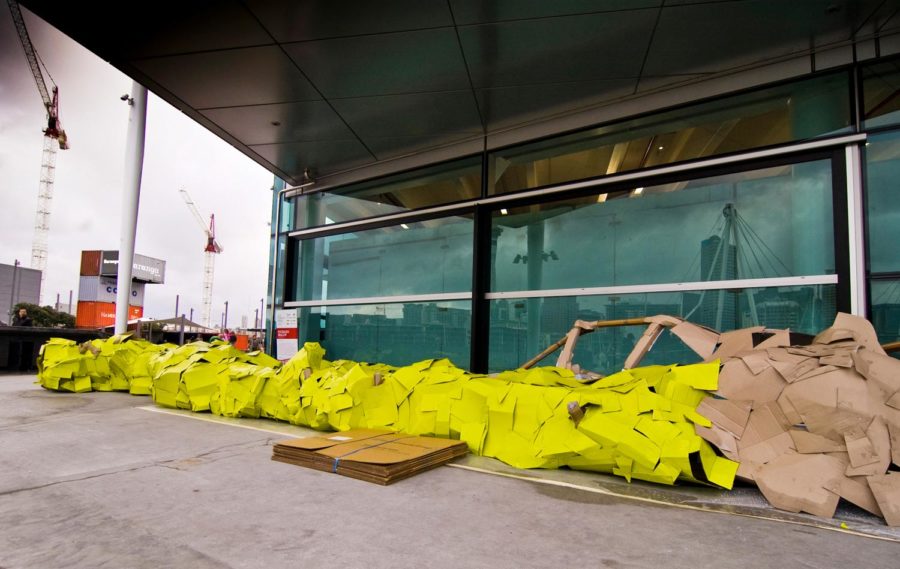 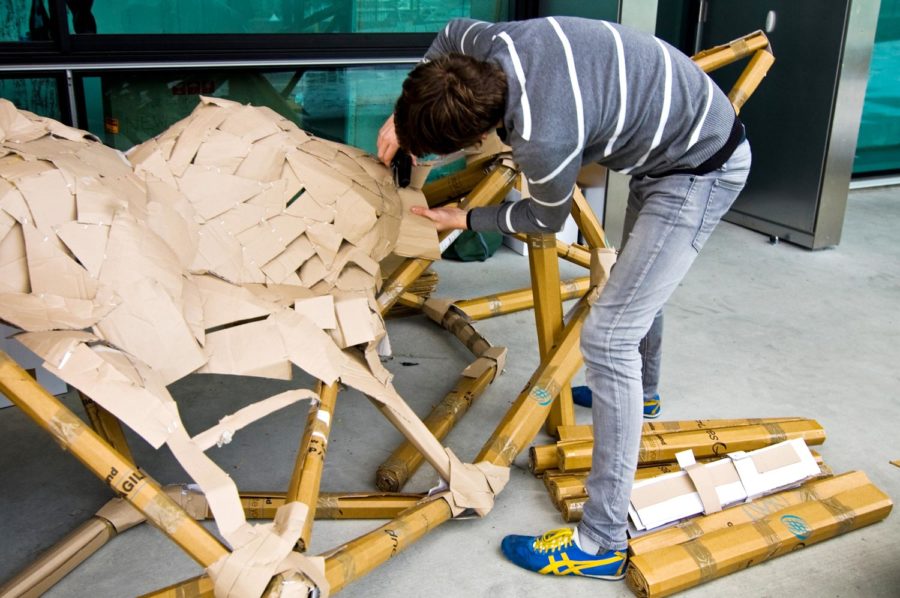 Auckland artist Richard Maloy employs a fascination with the fine details of the materials and processes involved in art making. …