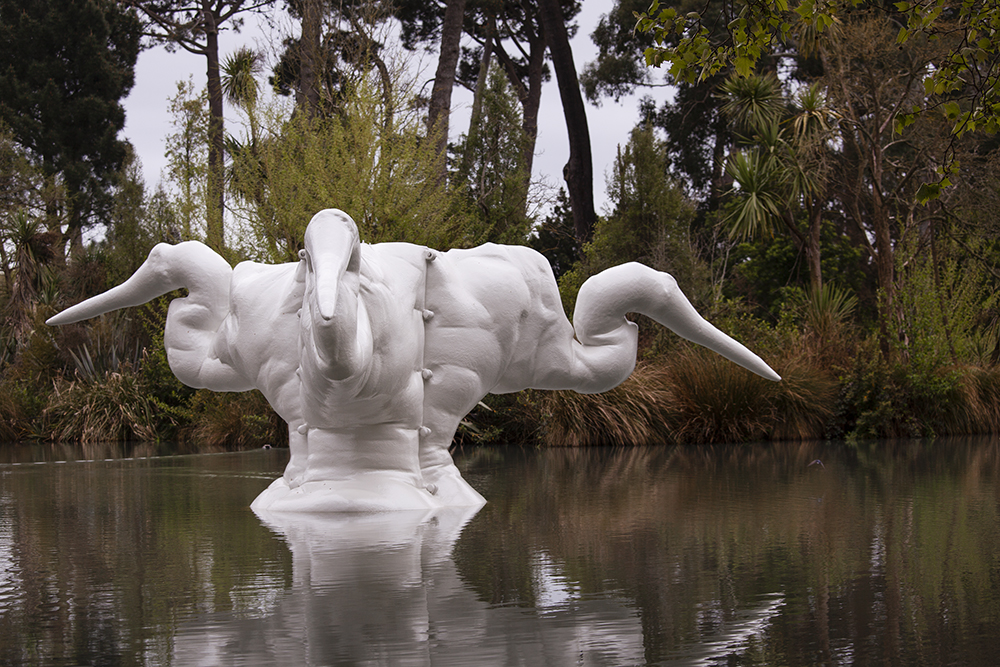 Originally part of SCAPE 2, 2002, curated by Lara Strongman, Kotuku was Caroline Rothwell’s first work in Christchurch, and her first large-scale work. It was designed specifically for installation in a large pond in the Christchurch Botanic Gardens, and floated there until 2003 when it was moved to the Isaac Conservation and Wildlife Trust site.

The kōtuku (white heron) can be found in Aotearoa, Australia and Asia, but in Aotearoa it is very rare and only breeds at the Waitangiroto Nature Reserve on the West Coast of the South Island.

Curator Lara Strongman wrote about the work: ‘Kotuku is concerned with the ways that light and shade and the tricks of visual perspective distort our experience of form. With three birds’ heads arising from a single glistening white body, Kotuku appears like a three-dimensional Rorschach inkblot, each side forming a mirror image of the other. The result is a haunting and enigmatic work, at once strongly recognisable as the native heron but also – like the inkblot used in psychological testing – an abstract form ready to engage with the viewer’s imagination.’ 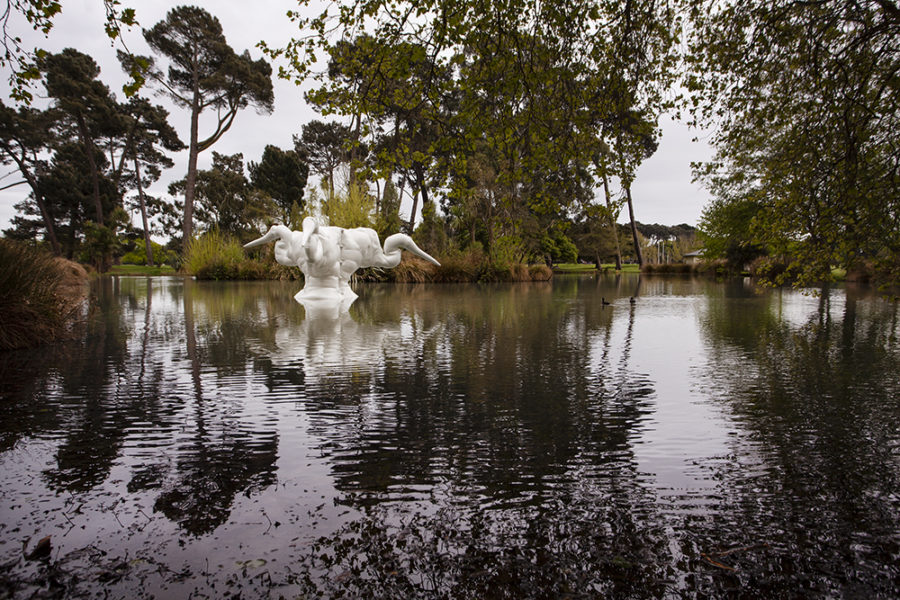 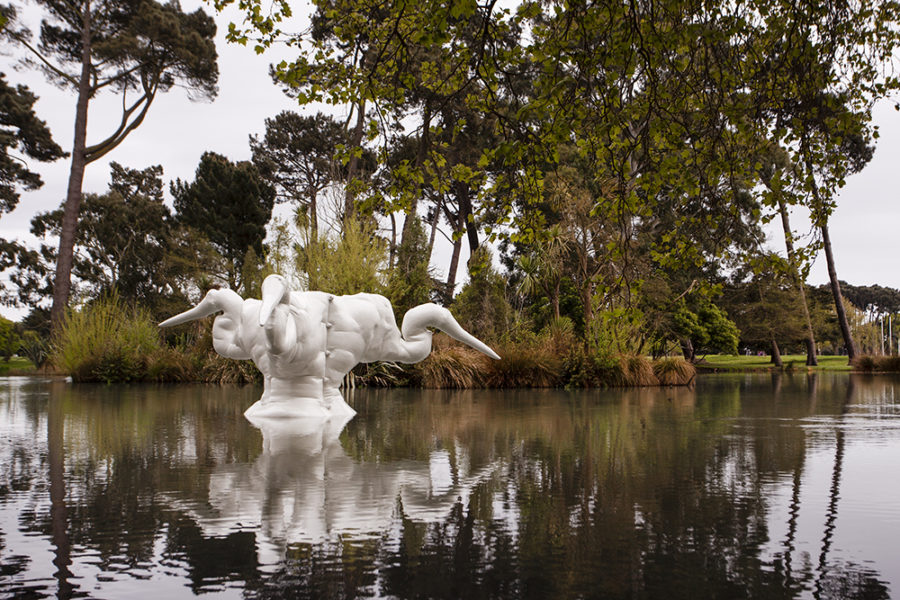 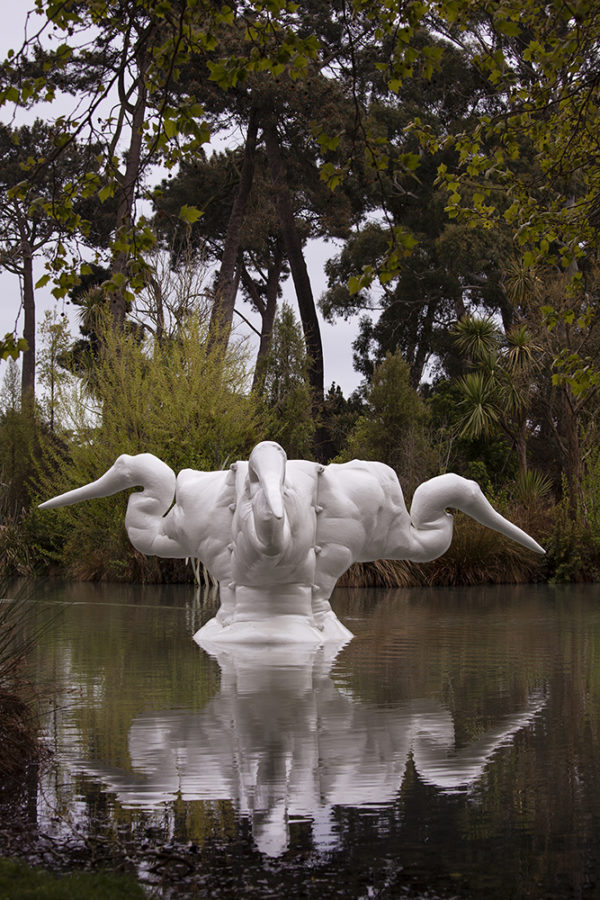 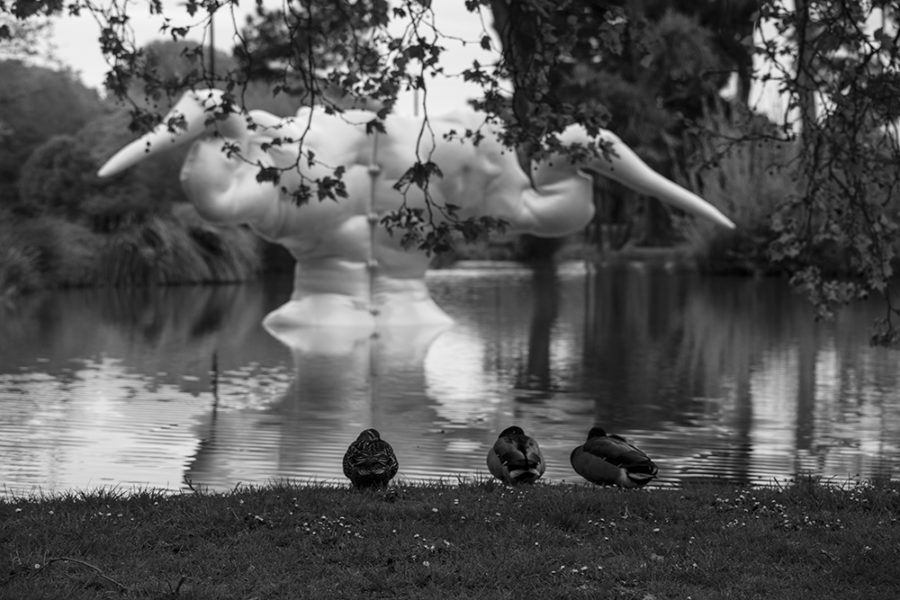 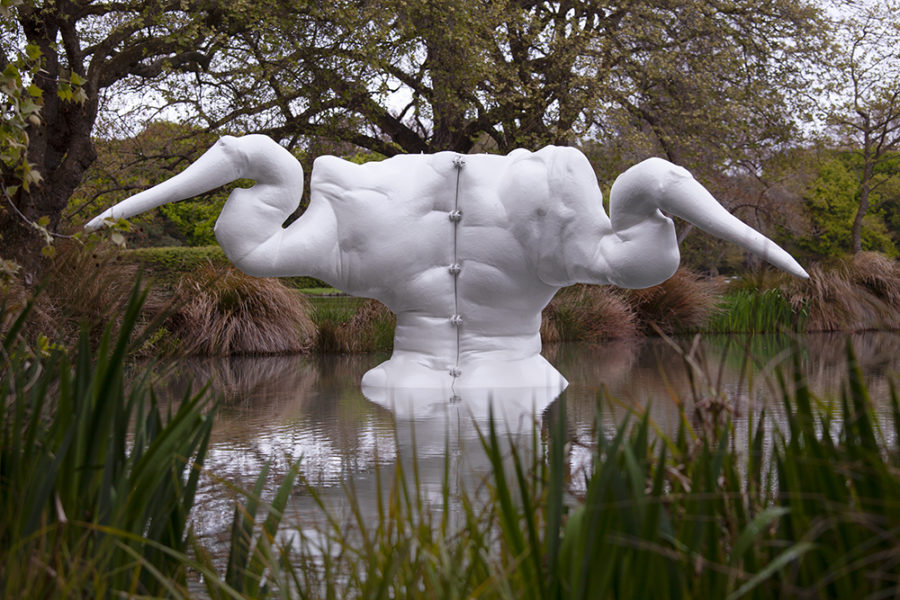 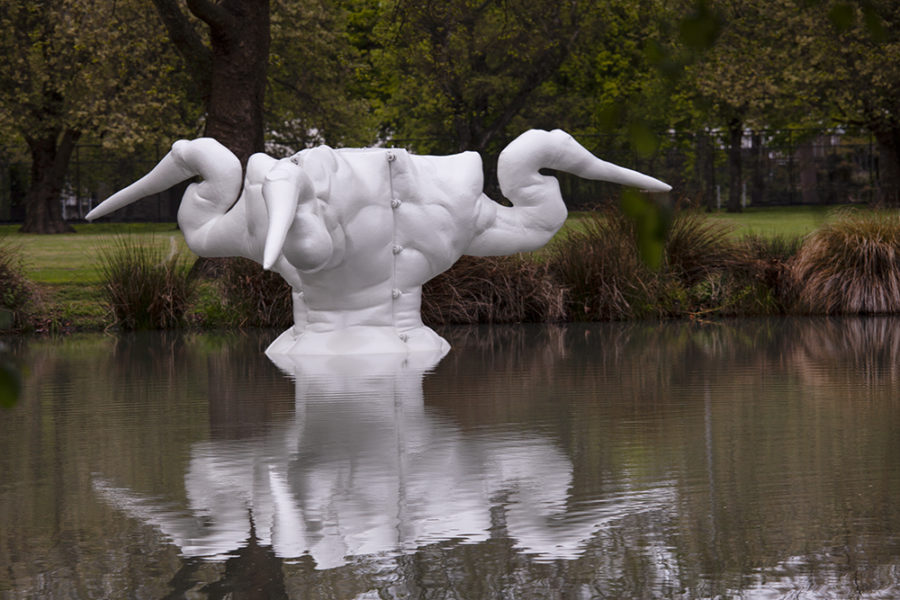 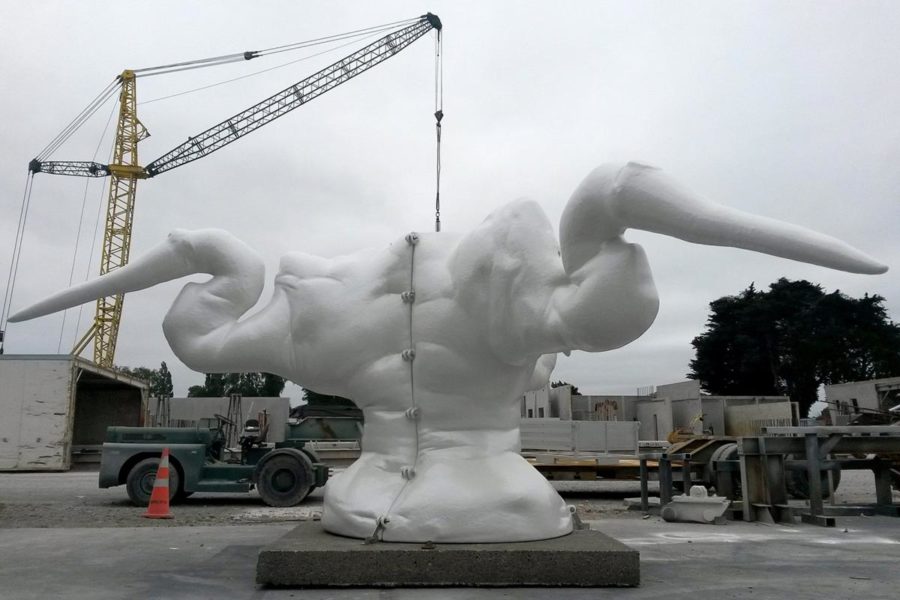 Born in Hull, Caroline Rothwell studied at the University of Arts London in the 1990s and is based between Sydney and London. …