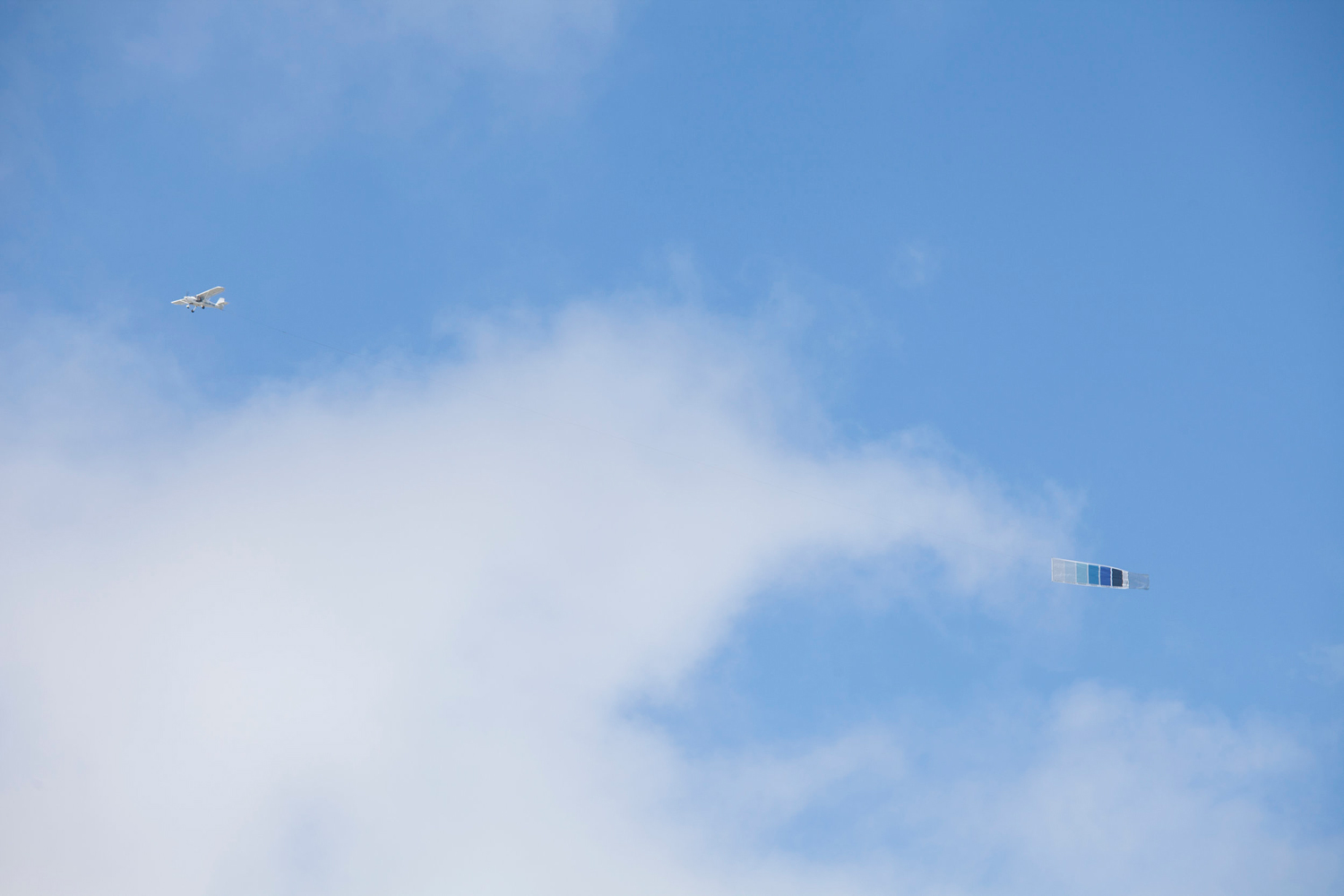 Naming the infinite is not easily done, but UK-based artist Tom Dale attempted to do just that. This partially performative piece consisted of a banner flown across the sky: a giant paint chart with names of commercially available paints (grey to blue) was flown at a specific time, with details and a copy of the colour swatch printed in local press. Dale worked with Resene to nuance this work, using New Zealand paint colours and names. The title, Terminal Blue, is from the British version of the work.

People could also make a colour comparison between ‘swatch and sky’ that day, having the chance to name their own colour via an additional blank swatch. The sky banner was suspended from the Structex Building on Cambridge Terrace for the rest of the season, offering the audience further opportunities to colour match to the ever-changing Canterbury sky.

Dale works across sculpture and film to explore ideas around the preposterous and the absurd, often making explicit contradictions of ‘grand gestures’ within culture and society. His works have looked specifically at experiences of displacement and trauma, such as the short film, A Cage for Voices, which was commissioned by Channel 4. The film was shot in Izmir, Turkey, a city that many Syrian refugees travelled through in order to get to the Greek Islands.

Tom Dale lives and works in London. His works tell us about our surroundings, our material condition, the preposterous and …