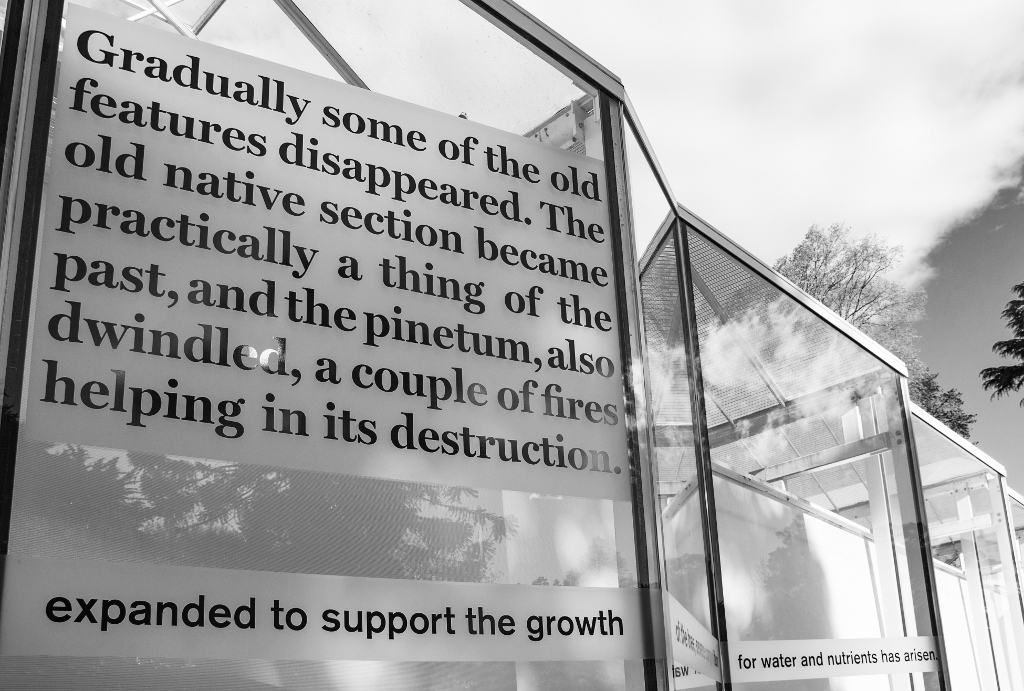 [image caption] Ana Iti The Old and the New 2017. Image courtesy of the artist. Photo by Heather Milne.

Wellington-based artist Ana Iti (Ngāpuhi) made a work in response to the historical development and contemporary aspirations of the Christchurch Botanic Gardens, using this site to explore the effect of inherited legacies. Botanic gardens serve many purposes: a protected green space in the centre of a city, a site for scientific research, a place for asserting a connection to and importance of another place (particularly key in gardens established during a period of colonisation), and a place for public recreation. They are evolving ecologies, reflecting the collecting imperatives and political and cultural conditions of decades and centuries past, as well as current thoughts and practices. Iti’s text work along the front of the Nursery building used compiled fragments from an article written for Christchurch newspaper The Sun in 1915 and the Christchurch Botanic Gardens Management plan, 2007. The resulting graphics, produced with designer Gemma Banks, highlighted some aspirations for and challenges faced by the Gardens, including how native plants and trees have fared over its history. In doing so, The Old and the New highlighted the politics and poetics of the Gardens as a ‘living museum,’ and the cultural construction of the way we understand and relate to nature in Aotearoa.