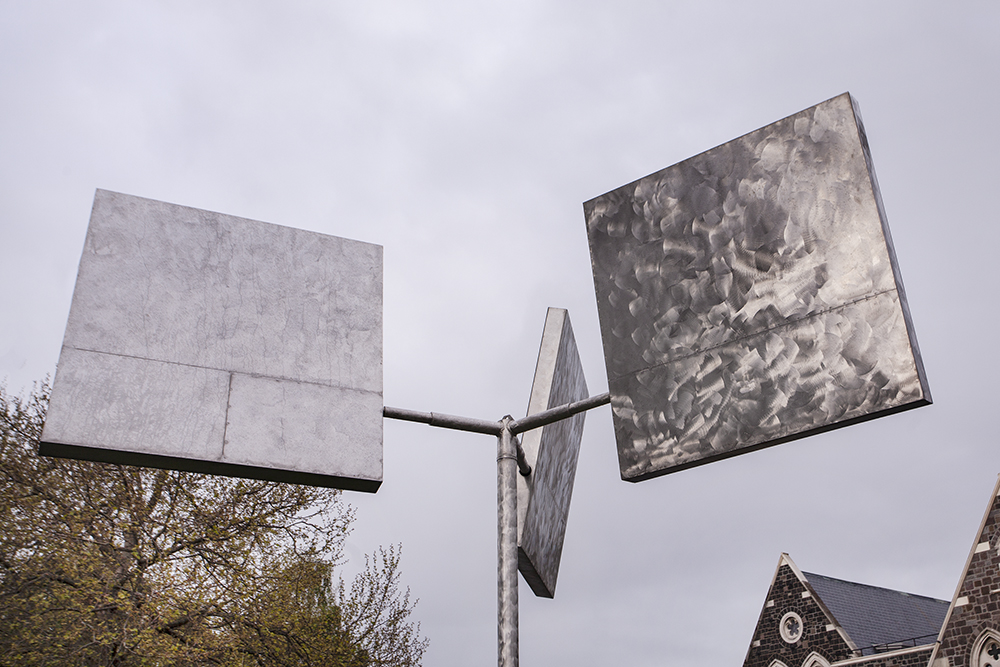 George Rickey was a leading sculptor exploring kinetic movement. He was born and based in the USA, with his work having strong international reach. Three Squares Gyratory, Variation 2, like many of his larger-scale works, used very simple geometric forms finely engineered to be propelled by wind and principles of physics. Rickey eschewed any motorisation of his works and frequently opted to scuff the surfaces of the metal forms so as to not reflect the landscapes they were set within, thus placing primary emphasis on the dynamics of the movement. Rickey noted, ‘The object was for the pieces to perform as they could, and I wanted their movement to be slow, unhampered, deliberate — but at the same time unpredictable’. His work Double L Excentric Gyratory, 1985 is a much-loved public work sited outside the Auckland Art Gallery Toi o Tāmaki, and two of his works have entranced visitors to The Farm in Kaipara. The inclusion of this work in SCAPE 2018 honoured the strong presence of kinetic sculpture within the region’s art history and contemporary art scene. 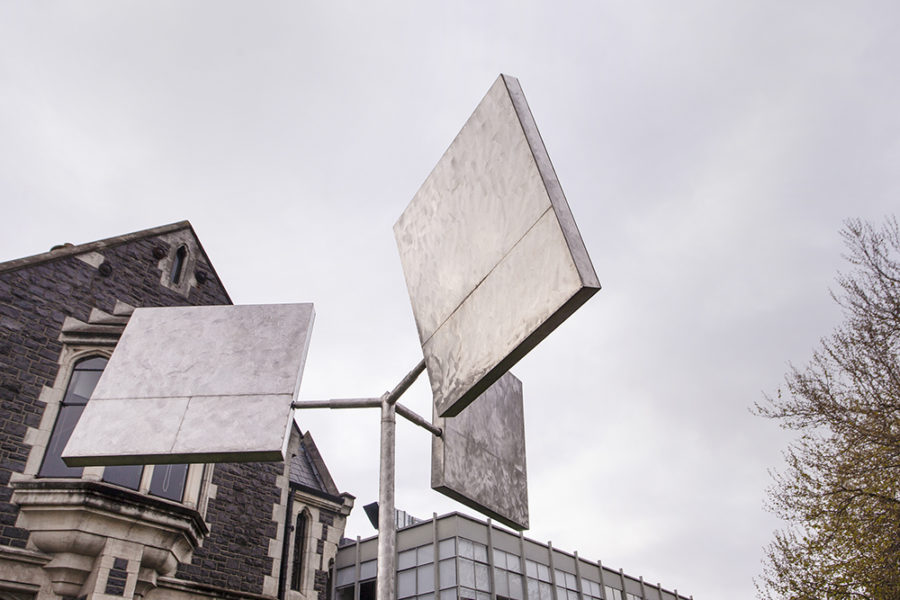 George Rickey was born in South Bend, Indiana, grew up outside of Glasgow, Scotland and studied history at Balliol College in Oxford. His …