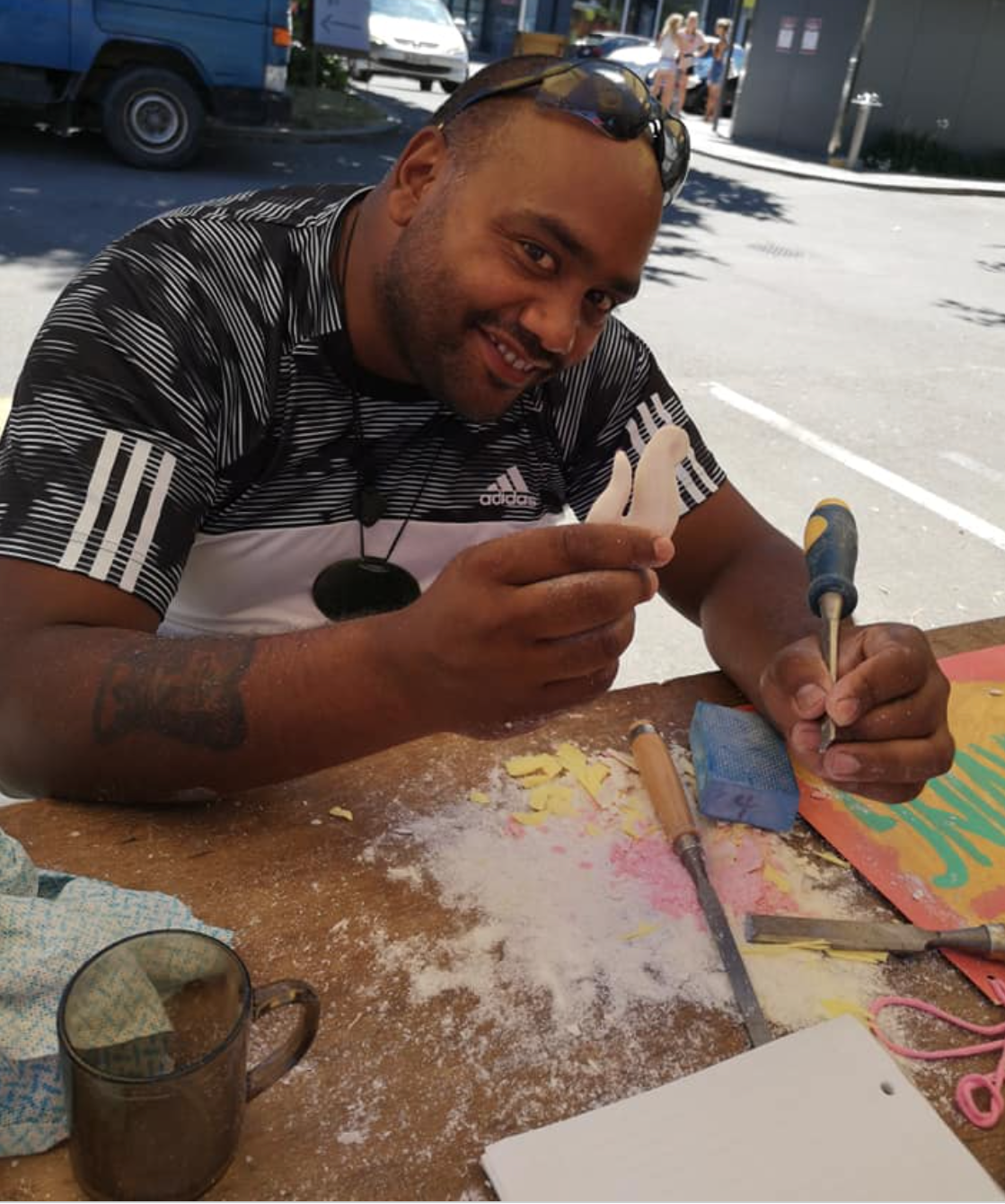 Jon Jeet is an artist of Maniapoto and Fijian Indian descent. He has nine children and is based in Ōtautahi Christchurch, where he received his master’s degree in painting in 2014 from Ilam School of Fine Arts. He is also a registered Ngāi Tahu carver.

Jon’s practice is based around identity, exploring ideas related to his personal experience being Māori, being Indian, being Black, being male, being exotic, and all those otherisms that come with being a minority. He works primarily with pounamu and portraiture, with a particular focus on his carved toki. He has spent over 15 years honing his craft as a carver of taonga, and he finds that toki in particular encapsulate the mauri (essence) of one’s being and therefore become a vessel to retain and harbour part of one’s life force. His work He Toki Maitai for SCAPE Public Art Season 2022 is his first public artwork.

In addition to his arts practice, Jon works as an art teacher at Ao Tawhiti Unlimited Discovery and is a founder and trustee of Tūhono Taonga, Tūhono Tāngata, an organisation that uses pounamu as a tool of engagement. The organisation’s goal is to give students a sense of wellbeing and empower communities to rise above some of the inter-generational trauma many have suffered.