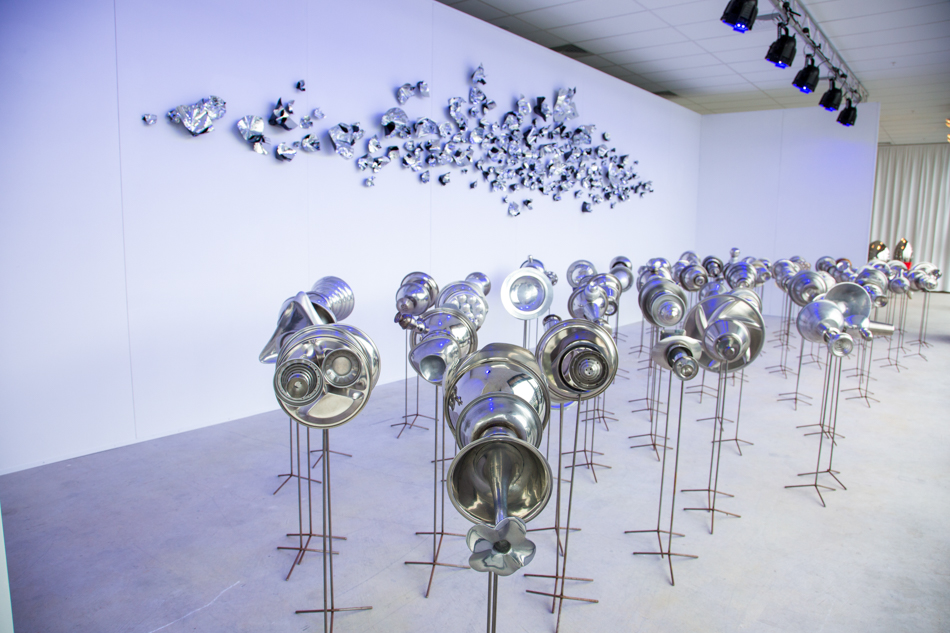 Judy Darragh makes art that engages deeply with popular culture. Often producing works that re-use and restore existing materials, and have an active wit, a sense of the absurd and critique cultures of consumption. Stainless evolved after Darragh had visited the LA Car Museum, where she was taken by the folly and failure of the gull-winged DeLorean car (as seen in the Back to the Future films). This ‘fleet’ of objects made from stainless steel kitchenware offered a retro-themed sci-fi vision of the future. 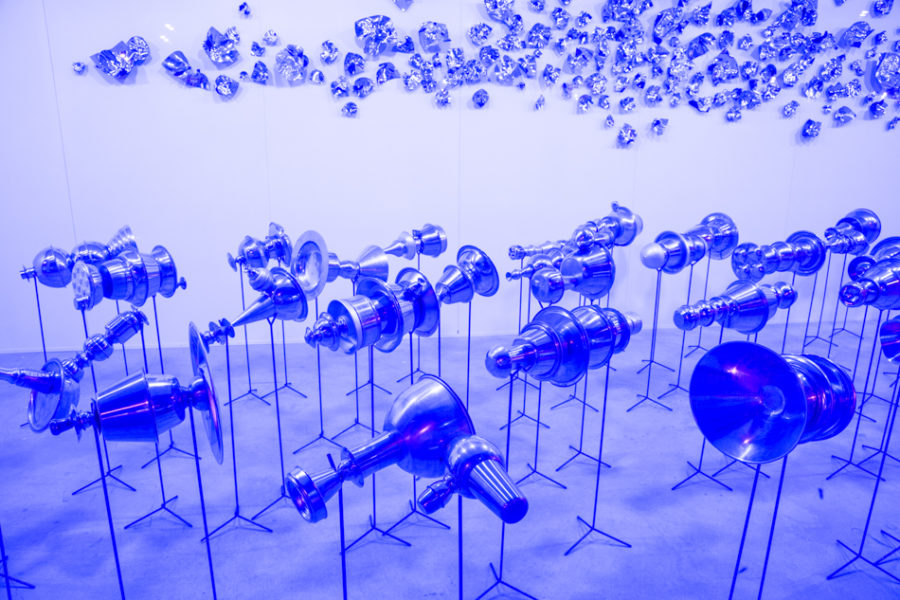 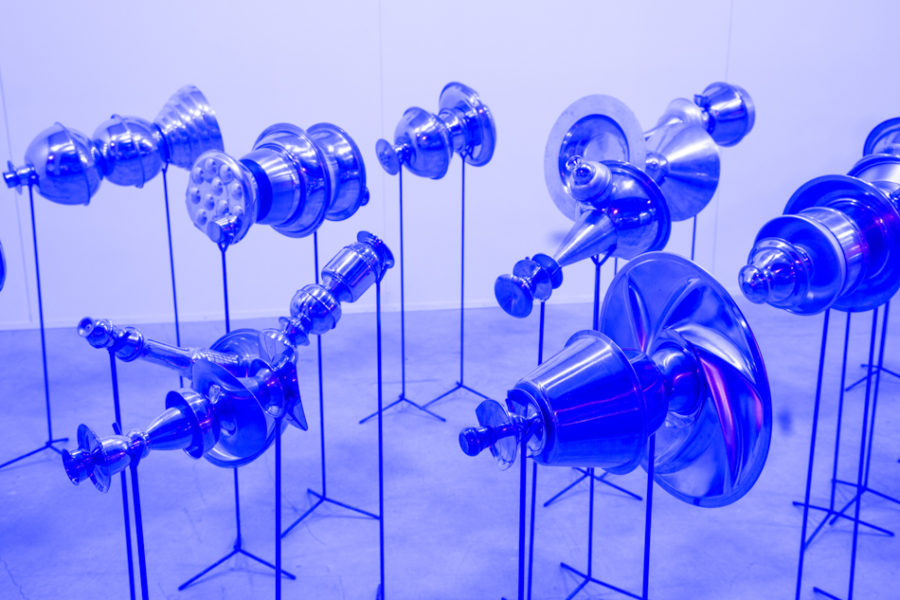 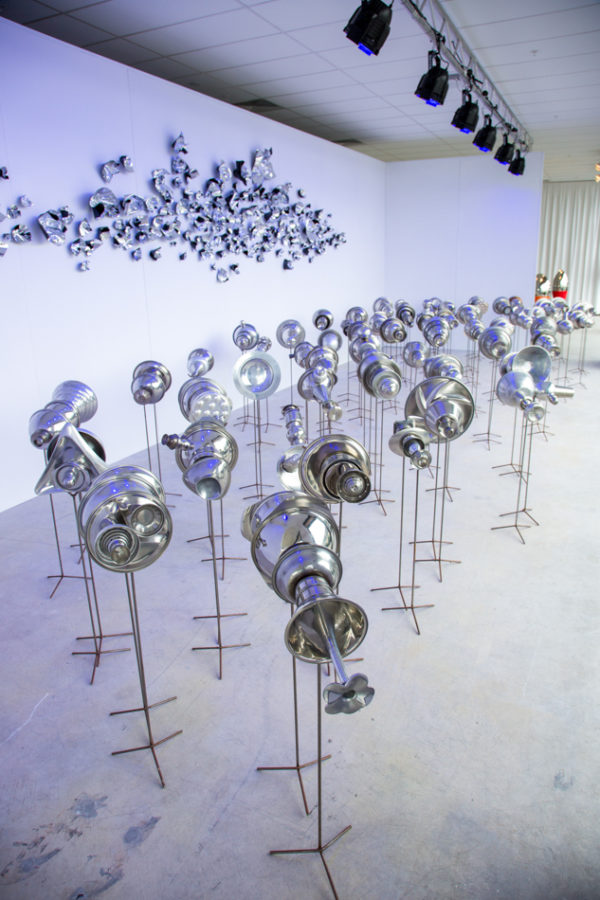